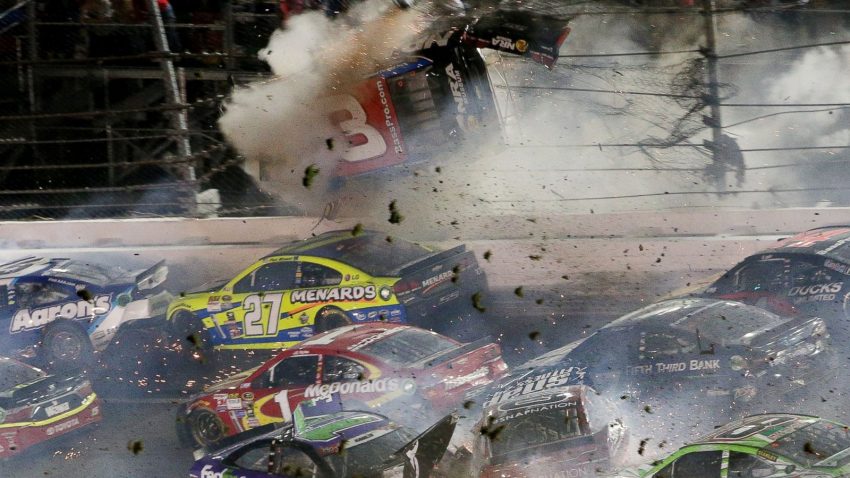 Myatt Snider’s car went airborne in a serious incident during a NASCAR Xfinity Series race at Daytona over the weekend, ending the race in dramatic manner.

Snider went sideways right behind the leading pack on the final lap of the race, hitting the wall and flying into the air. The back of the automobile then collided with the catchfence as it rolled over.

This collision damaged the car’s front and rear ends, as well as ejecting the engine. The truck came to a fiery end after landing on the tarmac.

Luckily, Snider was spotted walking away from the accident, and he later tweeted: “Where do I start? I’m thankful my @TaxSlayer guys built a fast, safe Camaro. We were up there!

“Thankful the man upstairs kept me safe. I prayed for it with 5 to go. He knew”

Snider stated that his door and seat were the only portions of the car that were not impacted, and promised to compete in the following race in Fontana in a week.

Watch the incident below…