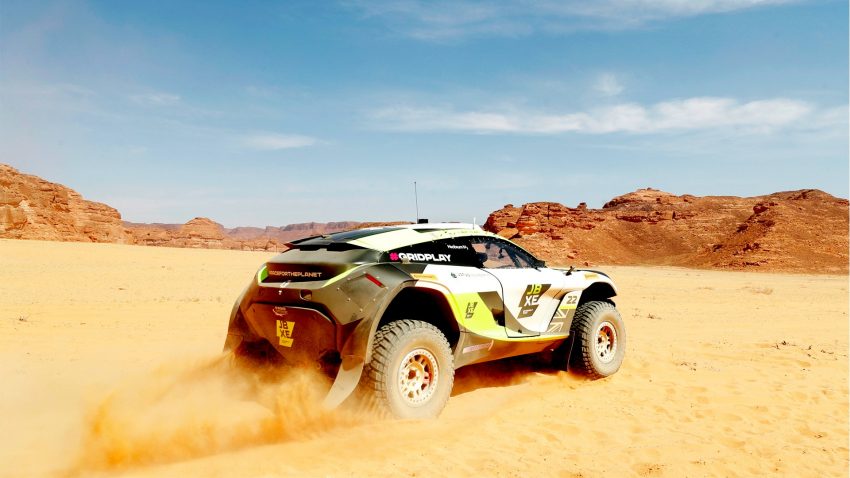 After the terrible incident in Saudi Arabia, Christine Giampaoli Zonca was rushed to the hospital for precautionary checks.

Christine ‘GZ’ Giampaoli Zonca of Veloce Racing was rushed to a hospital after a high-speed crash in qualifying for the Desert X Prix in Saudi Arabia.

The Italian-Canadian driver was driving the Veloce when she appeared to make a tiny mistake on a long, fast left-hander. The car sank into the sand and rolled over, cartwheeling over its front end and landing upside down.

To stop the session, the red flags were raised right away.

Giampaoli Zonca was taken to the hospital for precautionary checks, and Veloce Racing has subsequently confirmed that she sustained a fractured foot as a result of the accident.

“Veloce Racing driver Christine GZ has left hospital with a confirmed fractured foot following her accident during Qualifying 1 of the Desert X Prix earlier today (19 February),” read a statement from the team.

“Christine is in good spirits, although disappointed that she will be unable to compete for the remainder of the event, but plans to attend the race site tomorrow to support her Veloce Racing colleagues.”