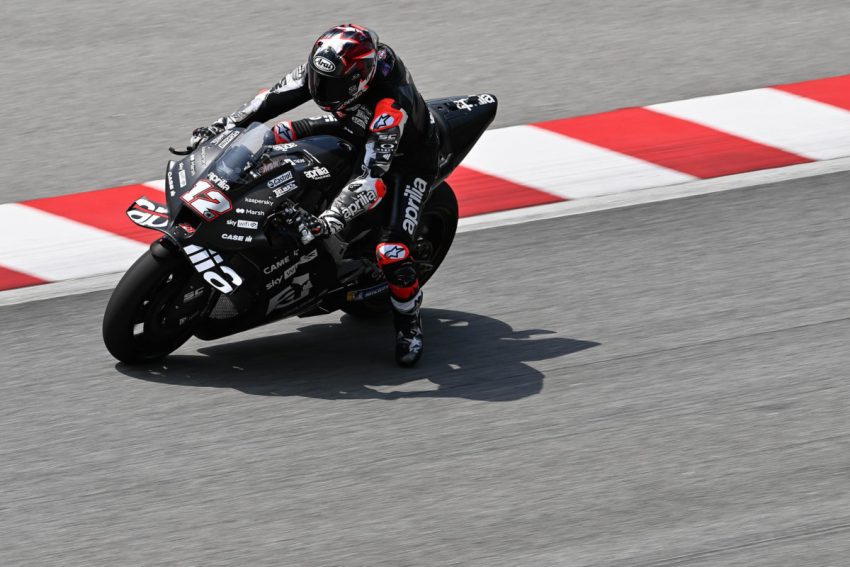 A day after the Shakedown, the Spaniard and Aprilia’s Test Rider were on track in a private test.

Maverick Viales was back on track in Malaysia after setting the fastest lap time during the three-day Sepang Shakedown Test, as the Spaniard and Test Rider Lorenzo Savadori completed a private test for Aprilia Racing.

Viales had two 2022 spec bikes in his garage, while Savadori was testing both the 2022 and 2021 bikes. Aleix Espargaro opted to skip the private test day in order to properly recover from the Shakedown in time for the two-day Official Sepang Test.

The 2022 RS-GP, according to Aprilia Racing Technical Director Romano Albesiano, is an entirely new bike. Updates have been made to the air intake, wings, front fairing, chassis, exhaust, and engine. It’s something to keep an eye on during preseason testing, and it’ll be interesting to hear what Viales and Espargaro have to say about the new machine.