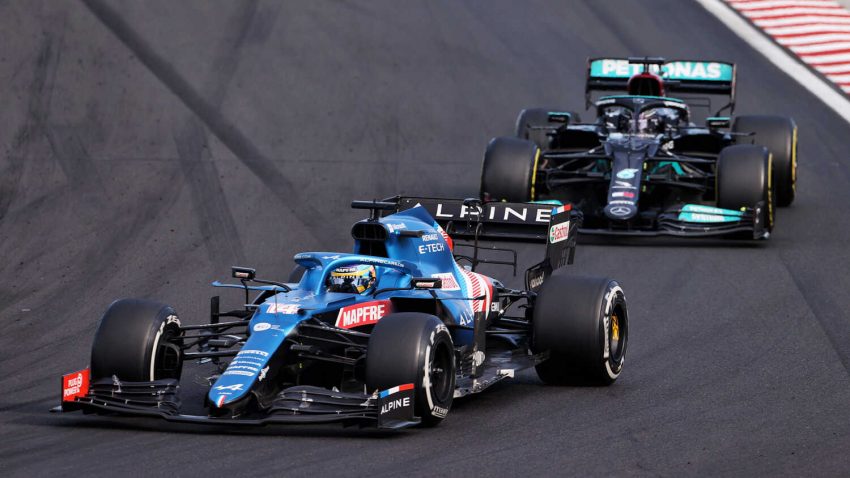 Sebastian Vettel has discussed how other F1 drivers, both past and current, may serve as a source of motivation.

Sebastian Vettel says that Fernando Alonso’s podium drive at the Qatar Grand Prix provided him with “a lot of motivation.”

In November, Alonso put in a strong performance to finish third in the race at the Losail International Circuit, his best finish since the 2014 season.

With Aston Martin competing with Alonso’s Alpine in the 2021 midfield duel, Vettel says it was motivating to see one of his rivals achieve such a solid result.

“I think it’s other drivers,” Vettel told media including RacingNews365.com when asked who motivates him the most.

“I think it can be other drivers, of past and present. Fernando had a super inspiring and great, great race [in Qatar]. I was really happy for him to see him there, and it’s a great motivation to see that.

“You give us the right tools and the right moment and we can do our job. I think it’s undisputed that Fernando has great qualities, so that can be a motivator.”

Inspiration from F1 drivers of the past

Vettel was inspired by his idol Michael Schumacher throughout his early racing career, in addition to his current competitors on the grid.

Vettel was inspired by his idol Michael Schumacher throughout his early racing career, in addition to his current competitors on the grid.

“Obviously, when I grew up, it was Michael,” the four-time World Champion explained.

“So probably it’s fair to say, to answer the question, that Michael was my biggest inspiration when it comes to racing, but nowadays, obviously it’s different because you see things a bit different.

“I don’t have posters of Michael in my room anymore! But yeah, like I said, it can be standing out performance like Fernando’s weekend [in Qatar] or others.”

In 2021, it wasn’t just Alonso who returned to the podium for the first time in a long time. Vettel also took advantage of an opportunity in June, finishing second in the Azerbaijan Grand Prix, his first podium with Aston Martin.