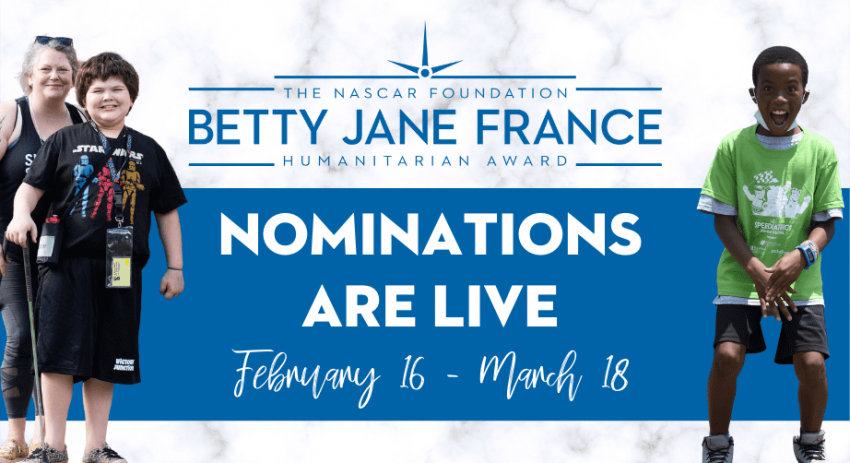 Nominations for the 12th annual Betty Jane France Humanitarian Award are being accepted by the NASCAR Foundation.

The award honours NASCAR fans who assist for children’s charities in their racing areas and is named in honour of the foundation’s late founder and chairwoman Betty Jane France. At the end of the process, four award finalists will be chosen, each getting a least $25,000 gift for their organisation, with the ultimate winner receiving a $100,000 donation from the NASCAR Foundation to help further their work.

Nominations will be accepted until the 18th of March. The official nomination form can be obtained at NASCARfoundation.org/award.