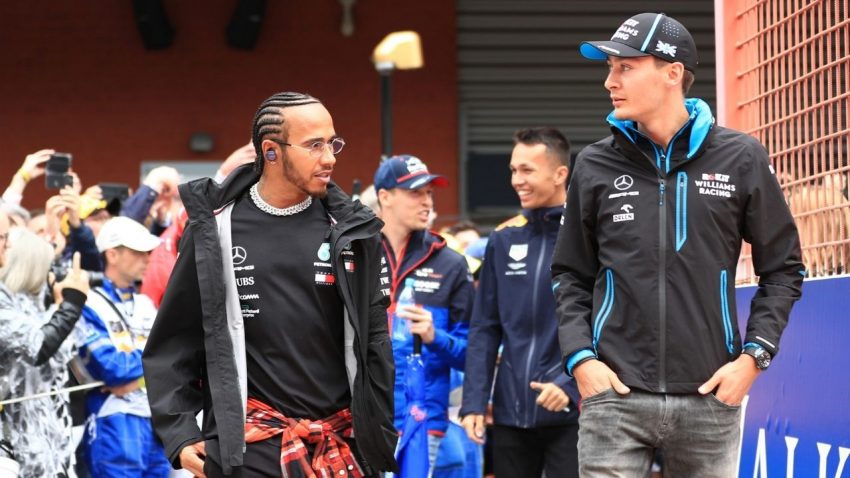 George Russell has anticipated what he intends to achieve with Lewis Hamilton in 2022.

George Russell has stated that it is critical for him and Lewis Hamilton to be able to work together harmoniously in 2022, as Formula One’s new regulations will need teams to develop quickly in the early phases of the regulation cycle.

Russell will replace Valtteri Bottas at Mercedes in 2022, coinciding with the new regulations.

While Hamilton is a seven-time World Champion aiming for a record-breaking eighth title, Russell joins the team as a fresh-faced rookie still looking for his first Formula 1 victory.

Russell is optimistic about the pair’s ability to collaborate in 2022.

“I think there’s a lot of respect between Lewis and I,” he told the F1 Nation podcast.

“I think we’re in very different stages of our career.

“Lewis is the guy he is for a reason – he’s the greatest of all time. I think we go in there [and] we need to help each other because, [in 2022], the cars are just going to be developing so much, race after race.

Russell spoke fondly on his three years with Williams, where he made his Formula One debut and learned the ropes.

“They gave me my first opportunity in Formula 1, which I will be forever grateful for,” he told media, including RacingNews365.com.

“But I think, above all, [they] helped mould me into a better all-round driver, helped me learn the technical side of the sport much more and just develop my skills globally to become a greater driver.

“I guess, above all, you build these bonds and these friendships with people, especially through the good times and even the tough times. You grow closer together with so many of your core group of people and that will last forever.”