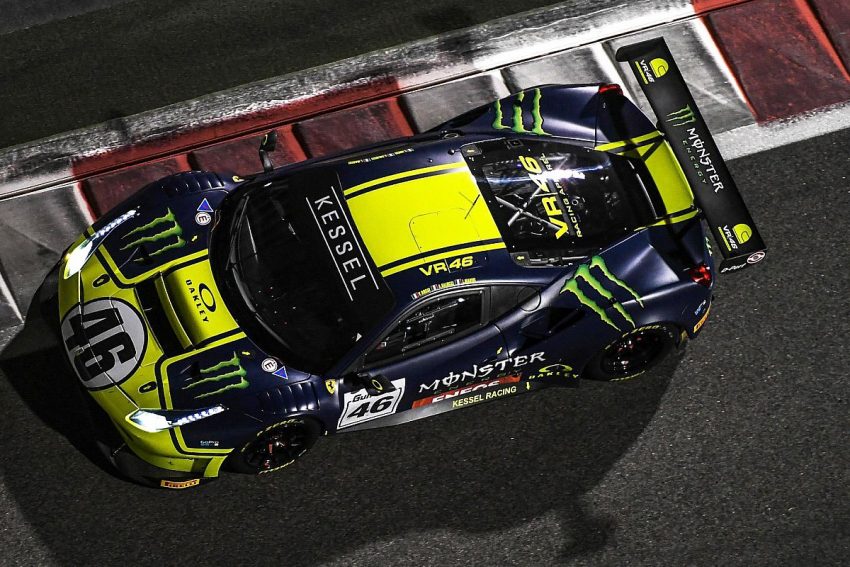 Valentino Rossi, the reigning MotoGP champion, will compete in the Gulf 12 Hours in January under the wheel of a Ferrari, kicking off what appears to be a full program of car racing in 2022.

Rossi, who announced his retirement from motorcycle racing at the end of this year’s MotoGP season, will compete in the Yas Marina enduro in Abu Dhabi on January 8 atop a Kessel Racing Ferrari 488 GT3 Evo.

Half-brother Luca Marini and long-time friend and associate Alessio ‘Uccio’ Salucci, with whom he placed third and fourth overall in his two prior attempts on the race in 2019 and this year when the race was temporarily moved to Bahrain due to the COVID pandemic, will be his teammates.

Rossi has stated that he plans to race cars on a regular basis next season, calling four-wheel racing his “second passion.”

“Every year I try to make one or two races in cars,” Rossi said this in a Twitter interview published this week by the IMSA WeatherTech SportsCar Championship.

“From next year I will race GT cars in endurances races and championships; at the moment it is not decided [in which series] yet.”

The 42-year-old hinted that he would race in IMSA in 2022, adding, “There is a really fascinating championship in the United States called IMSA,” before mentioning the Rolex 24 at Daytona event in January.

Rossi has also expressed his desire to compete in the FIA World Endurance Championship’s Le Mans 24 Hours one day.

“When I stop doing MotoGP, I could still race cars for another 10 years,” he said in 2019. “I really enjoy it and and am thinking of trying to do Le Mans.”

In 2004, 2006, and 2009, he also tested a Ferrari Formula One car and competed in three World Rally Championship circuits.

Last month, Rossi stated that he would like to share a car with McLaren F1 driver Lando Norris in the future. Norris, a Rossi fan, later disclosed that he has discussed racing with the Italian.