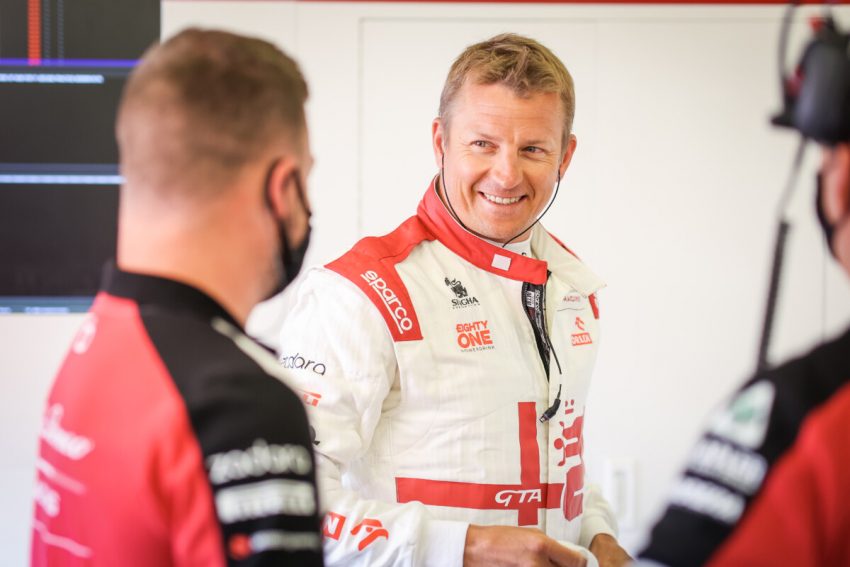 In 2007, Kimi Raikkonen won the World Championship while driving for Ferrari, a feat that no other Ferrari driver has ever accomplished.

Kimi Raikkonen says that the fact that he is still the most recent F1 World Champion for Ferrari surprises him.

In 2007, while driving for the Scuderia, the Finn won his only Formula One championship by one point over the McLarens of Lewis Hamilton and Fernando Alonso.

Raikkonen is proud of what he has accomplished, but he does not believe it has improved his life in any way other than how others perceive him.

“Obviously it’s nice,” Raikkonen told the Beyond The Grid podcast. “It’s [one of the reasons] why all of us are here.

“Unfortunately, one wins every year, and [if you look at the] history, there’s a lot of the same people who seemed to be winning most of them.

“It’s something I always wanted to do, and I achieved it. Also with Ferrari, I think it was nice to win with them, definitely.

“But it looks better on paper than it makes any difference in my life, in many ways. People might look [at] you differently because you have won, rather than if you don’t. It doesn’t really make any sense.”

Raikkonen left Ferrari at the end of the 2009 season, taking a two-year break from the sport before returning to the Scuderia for a second spell between 2014 and 2018.

Since Raikkonen, no driver has won the World Championship with the team, which comes as a surprise to the 42-year-old.

“Yeah, but that’s just how it happened,” Raikkonen explained, when asked if he was surprised to be Ferrari’s most recent champion.

“They’ve come close, sometimes. But when I left there in 2018, I said [that] I wish them all the best and hope they will change that soon, but it hasn’t happened yet. But, who knows, maybe next year [or] in the near future [it will change].”

Raikkonen was not just in contention for the title in 2007, but it also turned out to be his solitary championship in his illustrious Formula One career.

Despite this, he has no regrets regarding his lack of success.

“I don’t care, really,” Raikkonen responded after being quizzed on whether his talent deserved more titles.

“I mean, I said it always that I wouldn’t change [anything], even if I [could]. It wouldn’t mean that I win more races or championships, because change one thing and I don’t think we would be here today.

“So my life would probably be different. I tried and failed a few times, but that’s a part of racing.”