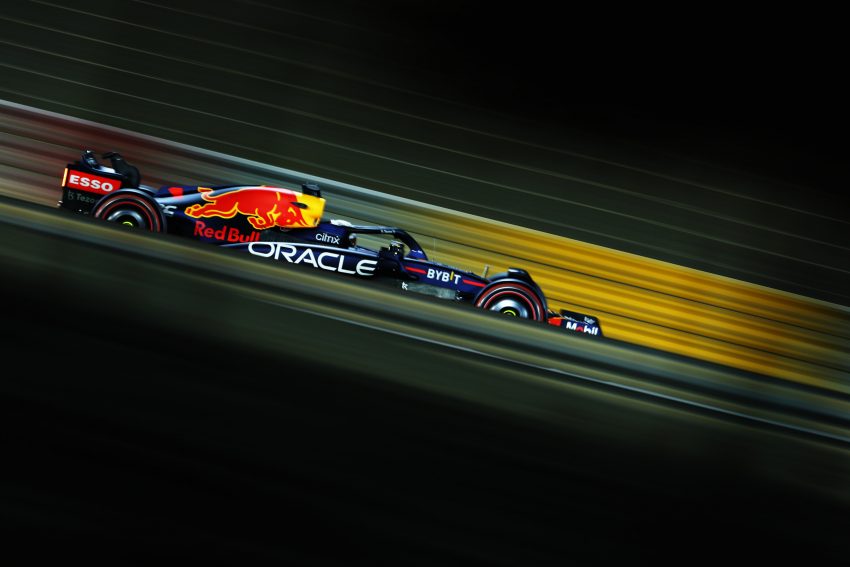 Red Bull made an impression on the Bahrain International Circuit on Saturday, finishing smoothly ahead of the field.

On the Soft C4 tyre, Perez pushed his way down to a 1:33.105 to finish nearly a second ahead of Alfa Romeo rookie Guanyu Zhou, who also used the same rubber.

It occurred as Red Bull unveiled a considerable upgrade package for the final test day, including reworked – and more sculpted – sidepods and noticeable modifications to the floor arrangement.

Perez’s morning time was half a second faster than Ferrari’s Carlos Sainz’s official Friday time of 1:33.532, before Kevin Magnussen clocked a 1:33.207 during Haas’ extended session (permitted after freight delays).

While Perez set the best time, Pierre Gasly was the most effective racer in terms of laps done during the first four hours, clocking 91 laps on his way to third place (C4).

Mercedes had a calm beginning to the penultimate day of testing, with Lewis Hamilton finishing ninth out of ten drivers on the track.

Hamilton’s greatest time, set on the C5 tyre, was three seconds slower than the leaders as he worked his way up to nearly 80 laps in an attempt to resolve the porpoising difficulties that have plagued the team.

After driver Daniel Ricciardo tested positive for COVID-19, Norris was back in the lineup, with McLaren trying to make up for lost time after flying in parts to fix their early-test brake difficulties.

Other drivers who qualified ahead of Hamilton were Nicholas Latifi (Williams) and Lance Stroll (Aston Martin).

Magnussen’s session was cut short by a different fuel system failure, as he finished last after starting an hour early due to Haas’ mentioned concession.