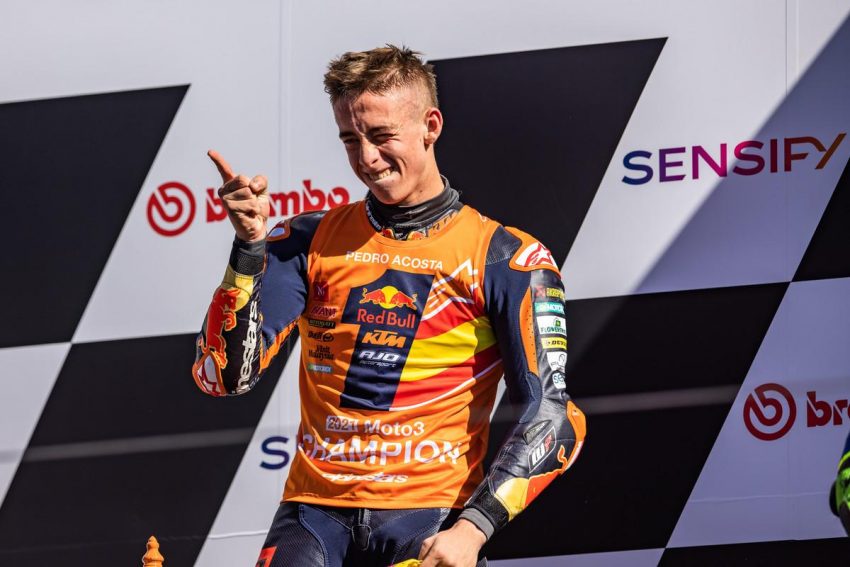 Last season, KTM’s investment in the lesser grand prix classes, mostly through the Red Bull Ajo team, paid off spectacularly, with the top two riders in the Moto2 World Championship and the Moto3 World Champion all under contract with the Austrian brand.

This season, Tech3 KTM has promoted Moto2 stars Remy Gardner and Raul Fernandez to MotoGP, with rookie Moto3 champion Pedro Acosta next in line for a premier-class spot after joining the Ajo Moto2 squad.

However, if Acosta wishes to follow in the footsteps of Fernandez, Joan Mir, and Maverick Vinales by spending a single season in Moto2 before moving on to MotoGP, KTM will have a difficult time obtaining a seat for the Spaniard in 2023.

Because Brad Binder has a contract that runs through 2024, one of his teammates, Miguel Oliveira (currently KTM’s most successful grand prix rider in terms of race wins), Gardner, or Fernandez would have to go.

According to KTM motorsport director Pit Beirer, Acosta is on a multi-year contract, but terms in the contract ensure that some type of “attack” by rival MotoGP manufacturers is inevitable as they seek to pry the talented young Spaniard away.

“This is the luxury problem we have. We do so much junior work that we grow up good riders and the first big compliment is that other rivals want these riders also,” said Beirer, who had to fend-off interest from Yamaha and Aprilia to retain Fernandez in 2022.

“Every time you sign a new contract it’s a test and the first payback for us is the trust when a rider signs another contract. All four MotoGP riders have all signed already at least one new contract with us. We didn’t force them to do it, they did it.

“With Pedro it’s the same, he’s so young. I mean, he’s the super talent and of course other guys want him.

“I don’t want to lie because I don’t know exactly how long his contract is, he has a couple of years’ contract. But that’s not the reason why I want him to stay. I want him to stay because he thinks we are a good partner for him and I hope he will feel the same during this season when the attack will come from other manufacturers, other teams or somebody.

“But we cannot force them, we can just try to do our best to make them feel comfortable. We are working hard for that.

“He’s also a special guy and he’s a nice kid. To have the smile from this guy in the pits and garage is refreshing and it was also a lot of fun to go through the season with him, which also had ups and downs and difficult moments.

“But he never lost his smile, so let’s hope he stays like this.”