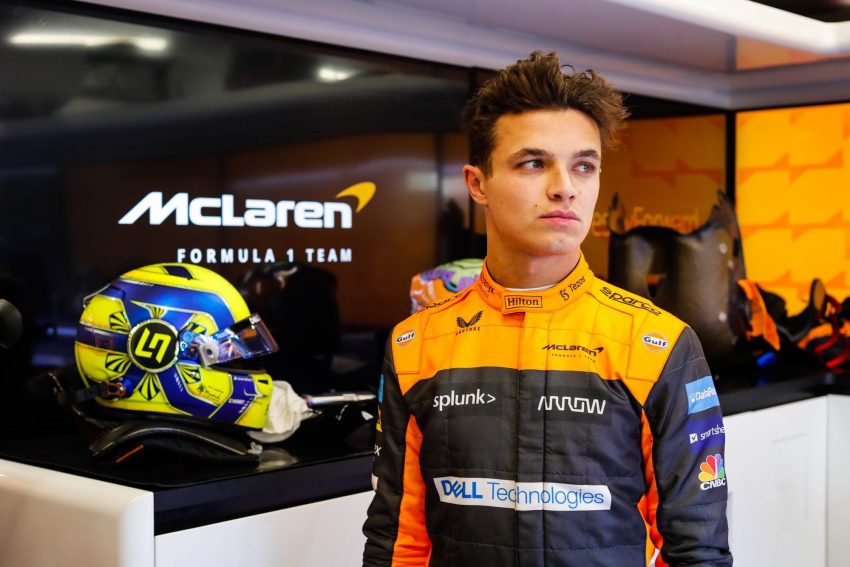 After a strong performance in Barcelona, the squad has had a difficult start to testing in Bahrain.

McLaren’s brake difficulties, according to Lando Norris, have held the team back “a lot of laps” in their effort to perfect their 2022 car.

McLaren is yet to clarify the cause of the brake issue, with Norris speculating that it was caused by high brake temperatures in the hot Bahrain conditions, preventing the team from running longer runs.

After being forced to make a last-minute driver change in Bahrain, it was a terrible day for everyone at McLaren.

Norris stepped in at the last time to pilot the car after Daniel Ricciardo became ill. Ricciardo is expected back in the driver’s seat on Friday, according to the team.

Norris finished the day fifth in the one-lap standings, nearly a second behind leader Pierre Gasly.

Norris marks Thursday was a difficult day for McLaren

During day one of testing at Sakhir, McLaren accomplished only 50 laps, just three laps more than a Haas vehicle that missed the opening four hours owing to a freight delivery issue.

Six of the ten cars in the grid finished more than twice as many laps, leaving the Woking-based squad with a lot of catching up to accomplish.

“I think on the whole, not the day we really wanted,” Norris said after his day behind the wheel.

“I guess it started off with me doing a whole day [as] Daniel’s not feeling so well. I decided to jump in [as it was] much easier to do it that way.

“But we had quite a few issues today with the car that took a long time to figure out, and it limited us quite a bit to do the amount of laps we wanted to do. [It was a] bit frustrating because, especially here being so different to Barcelona, we really wanted to try and understand as much as we could.

“[Also] the differences and how the car is working here on a much bumpier track, which I think we still did to a certain extent. We just couldn’t do any of the longer running, so we made the most of it, but definitely [we had] some issues that held us back.

“[It was] brake temperatures and stuff that didn’t allow us to do long runs – things we are trying to fix for the next few days. They’re not going to be an easy fix, but we’ll see what we can do.”