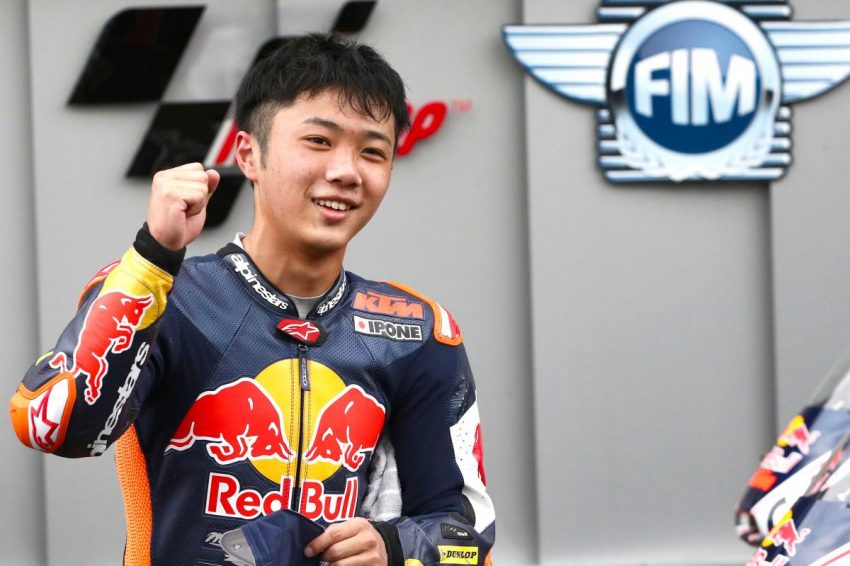 As he prepares to compete in the Moto3TM World Championship in 2022, get to know Japanese phenom Taiyo Furusato better.

Pedro Acosta (Red Bull KTM Ajo) comes to mind as an example of how the Moto3TM class has a habit of generating rookie riders who take the class by storm. Joan Mir (Team Suzuki Ecstar) and Maverick Viales (Aprilia Racing Team) did well in their first seasons in the lightweight class, and a number of others made significant impressions in their first season on the World Championship stage.

Looking ahead to 2022, there’s a new rider on the block trying to follow in the footsteps of some of the former riders, particularly the reigning Moto3TM World Champion. Taiyo Furusato, a 16-year-old Japanese rider, is one of the most exciting possibilities to emerge from Asia in recent years, having secured a seat with Honda Team Asia for the upcoming season, and he has already set his sights on the most prestigious of trophies.

“I would like to be a World Champion, I know it’s super difficult, but this year Pedro Acosta won it being a rookie, so my goal is to be the Moto3™ World Champion next year.”

Furusato has an outstanding track record, having dominated the 2021 ATC with seven victories in seven races, as well as winning the Red Bull Rookies Cup at Mugello last season.

The whole interview with Furusato may be found in the tweet above, as well as on the Asia Talent Cup social media platforms. In 2022, we’ll see if the Japanese rider can follow through on his early promise.