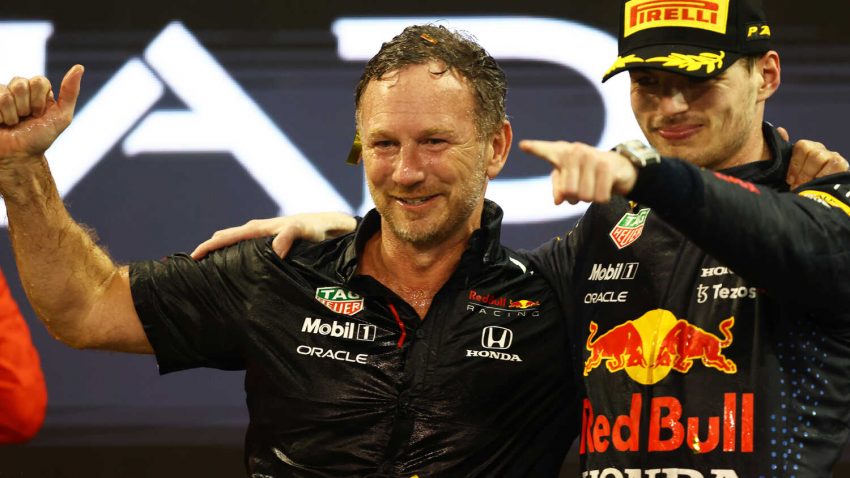 Max Verstappen has stated that nothing Mercedes does would take from his title victory, and that he is unconcerned about the team’s probable appeal.

Despite the potential of a Mercedes appeal putting the title certainty on hold, Red Bull’s Max Verstappen is still basking in the glow of his World Championship victory.

Verstappen is expected to be named the 2021 Formula One World Drivers’ Champion at the FIA Prize-Giving Gala in Paris on Thursday, but Mercedes has until Thursday evening to file a protest against the outcome of the title-deciding Abu Dhabi Grand Prix.

However, speaking prior of the Gala, Verstappen stated that he is not concerned about the title fight being extended due to an appeals process.

“Well, I’m fine. I don’t even think about it too much,” Verstappen told select members of the media, including RacingNews365.com.

“Because I do feel like the World Champion, and it doesn’t matter what they try to do.

“We won it on track, we won it when there was a green flag, green light, and we passed them on track. They will never be able to take that away from me anyway, but also about the possible appeal or whatever, I’m not busy with that.

“As a team, it can be disturbing but, for us, we have been really enjoying the last few days.”

As the title race heated up, the relationship between Mercedes and Red Bull deteriorated to the point of near-hostility, and Verstappen stated that the prospect of it thawing is still a long way off.

“I think I can be a forgiving person or whatever but, at the moment, it’s still so new from the season that it’s better not to talk about it too much,” he said.

“But, for example, I saw Toto [Wolff, Mercedes team boss] in Monaco, before Saudi Arabia, I had dinner and he was sitting at the table next to me, and we had a chat.

“He’s flat out for his team and I know that my team also does everything they can but, besides that, I do think you should be accepting a loss. It doesn’t matter how much it hurts.

“I do think there that there is a bit of a difference between the teams.”

Verstappen remarked in the build-up to the title decider that Mercedes and Lewis Hamilton’s conduct had changed his mind about them during the season.

When asked if Mercedes’ lack of public congratulations or threats of an appeal have changed his mind, Verstappen replied the team’s actions have simply reinforced his viewpoint.

“Well, no, it’s not surprising, just because of how the season already panned out up until the last race,” he explained.

“It’s just another bit. I mean, my view will not change. It’s pretty much the same.”