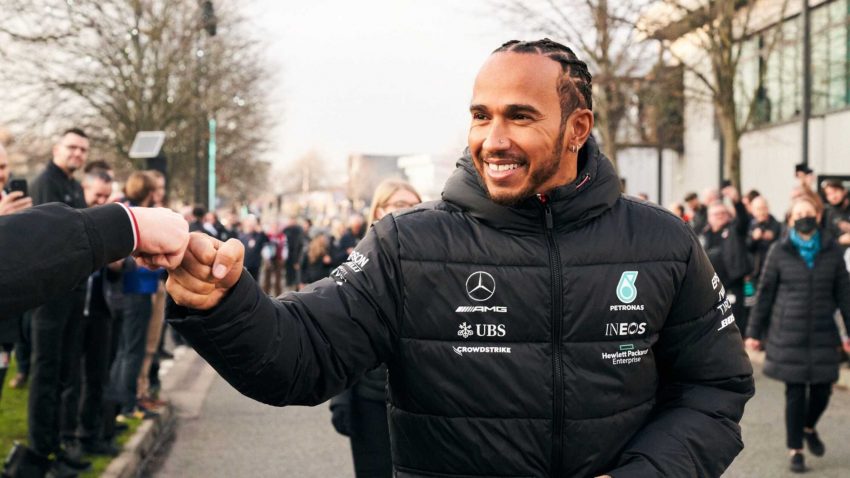 For the first time since the tumultuous finish to the 2021 Formula One season, Lewis Hamilton has returned to social media.

In the aftermath of last year’s contentious Abu Dhabi Grand Prix, the seven-time world champion had not spoken publicly or posted on social media for about two months.

Hamilton had dominated the final race of the 2021 season and appeared to be on his way to winning both the race and the championship until a late Safety Car period dramatically shifted the world championship to Max Verstappen’s favor.

The Red Bull driver passed Hamilton on the final lap of the Yas Marina race after pitting for fresh tyres under the Safety Car.

The events of the race’s final stages are being reviewed as part of an ongoing FIA investigation of race director Michael Masi’s decision-making, which has been heavily criticized for failing to follow proper Safety Car procedures.

Hamilton has kept a quiet profile aside from a visit to Mercedes’ factory in December and an appearance at Windsor Castle to formally receive his knighthood days after his title defeat.

But on Saturday evening, Hamilton finally broke his social media seclusion with a brief message, his first since qualifying in Abu Dhabi on December 11.

“I’ve been gone. Now I’m back!” Hamilton wrote alongside a picture of himself at the Grand Canyon, smiling at the camera.

Despite having a two-year deal with Mercedes, the 37-year-old has been reported to be debating whether to continue racing in Formula One this season.

Hamilton is set to attend Mercedes’ 2022 car introduction at Silverstone on February 18, a week before pre-season testing begins in Spain.