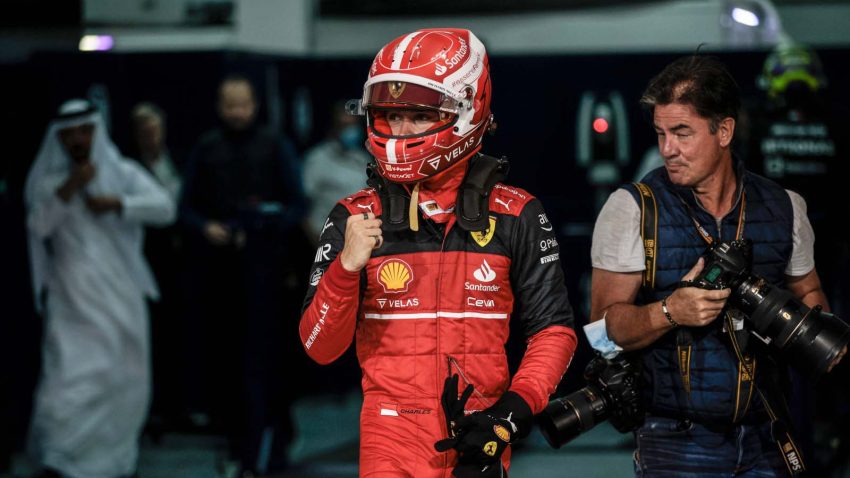 Charles Leclerc was overjoyed to lead Ferrari to a 1-2 finish in Bahrain, the Scuderia’s first victory since the 2019 Singapore Grand Prix.

After a race-long battle with Red Bull’s Max Verstappen, Ferrari’s Charles Leclerc has brought the team back to the top of the standings.

After fending off multiple mid-race charges from the defending World Champion, Leclerc was in command until Verstappen retired due to a technical issue, leaving Carlos Sainz in second.

A cheerful Leclerc remarked after the race that he was overjoyed to have fully exploited the Ferrari package’s great promise, given the team understood they were missing out on a great opportunity with F1’s massive regulations reset due for 2022.

Leclerc on Ferrari’s “incredible” return to the front

“[I’m] so happy!” Leclerc smiled as he climbed out of his Ferrari at the end of the race.

“I keep repeating myself, but the last two years have been incredibly difficult for the team. We knew this was going to be a big opportunity for the team and the guys have done such an incredible job giving us and building this amazing car.

“It’s starting in the best way possible – pole position, victory, fastest lap and a 1-2 today with Carlos. We couldn’t hope for better.

“Thank you to all of you guys that kept supporting us in the past few years. It hasn’t been easy, but it’s incredible to be back at the front!”

Following the first set of pit stops, Leclerc had to go wheel to wheel with Verstappen on multiple occasions.

After the pauses, the Dutch driver took use of the undercut effect to reach within DRS range of the Ferrari, and on two consecutive circuits, he tried to go ahead of the Ferrari into Turn 1.

Despite Verstappen’s great attempts, Leclerc held his composure to fight back down the next straight, retaining the race lead.

“I was trying to be as clever as possible, using the DRS as much as possible,” Leclerc explained about the battle.

“I was trying to brake early at Turn 1 just to be behind him at the DRS detection point, and twice it worked out!

“I took back my first position and I’m just incredibly happy that we made it work.”