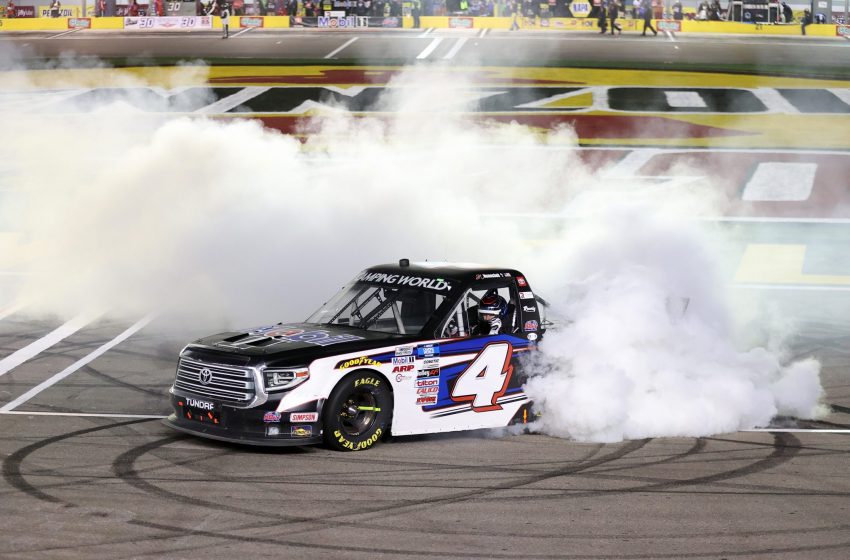 Nemechek won his first race with KBM at Las Vegas last March, holding off Busch in the penultimate lap.

“Being consistent, taking lines away from him – Kyle’s one of the greatest here in any NASCAR series or anything he gets in and drives,” Nemechek said when questioned by Fox Sports what it will take to defeat Busch on his home track again.

“We were able to duel it out with him last year and in some other races. Hopefully, we can do it again this year. … We have one fast Toyota Tundra TRD Pro, so hopefully, ours is a little bit better than his at the end of the night.”

Ryan Preece (177.363 mph) and Zane Smith are in row 3 of the standings (176.985 mph). For David Gilliland Racing, Preece will compete in the first of seven Truck races this season. Smith is coming off a victory in the Trucks’ season opener at Daytona Beach on February 18th.

The only driver who did not qualify was Matt Jaskol.

Several face inspired by NASCAR racing drivers are currently available at the following websites for a reasonable price: