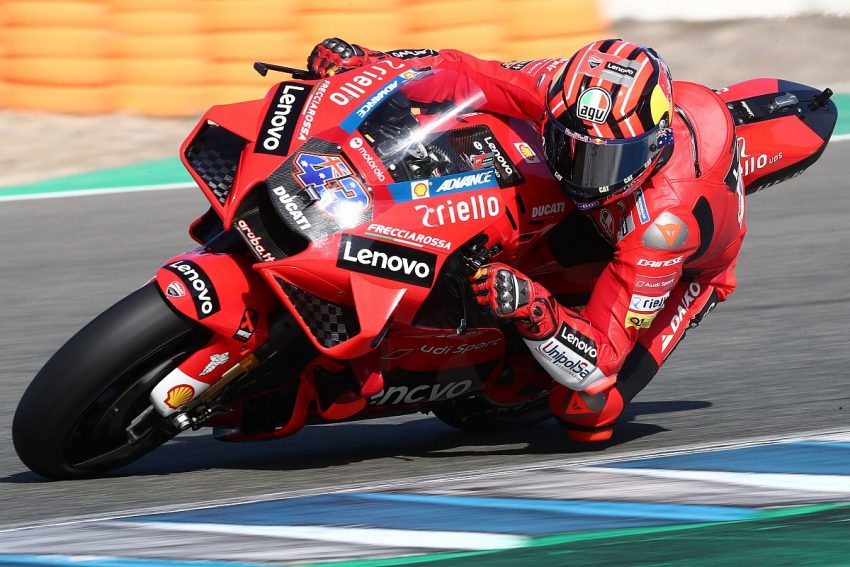 Following a favorable Jerez test on the GP22 prototype, Jack Miller feels Ducati has a “good chance” of dominating the 2022 MotoGP season with its next Desmosedici.

In 2021, Ducati won seven races with three of its factory-supported riders, retaining the constructors’ championship.

Bagnaia, who placed second in the 2021 standings, claimed at the Jerez test last month that Ducati already had a “perfect” bike, which it had managed to improve with its current prototype.

“I believe so,” Miller said when asked if Ducati’s new bike could dominate next year.

“I think ironing the kinks already out of the GP20 last year with the GP21, which was quite the same bike.

“We were able to be very dominant towards the back-end of last season – not myself in particular, but with Pecco and other guys as well, and we were able to be there or thereabouts most weekends.

“I think for sure we’re getting improvements, we’ve got a good chance at it [dominating next year].”

Ducati performed “an immense job this year” to fine-tune the package, according to Bagnaia, with the COVID-imposed 2021 development freeze working in its favour.

“I think that we had one more year to concentrate more or less on the same bike, and for me it was better because I understood how to ride it better without any changes,” the Italian explained.

“For sure compared to my bike last year, I had many changes on it.

“But when I started the season, I felt great and I started working with it.

“And I think it’s for Jack the same, we worked a lot and now with the same bike we are doing different things because we are stronger on braking, stronger on turning.

“I think we did a really great job this year and it’s also better for the engineers who have to develop next year’s bike.

“So, we did an enormous job this year.”