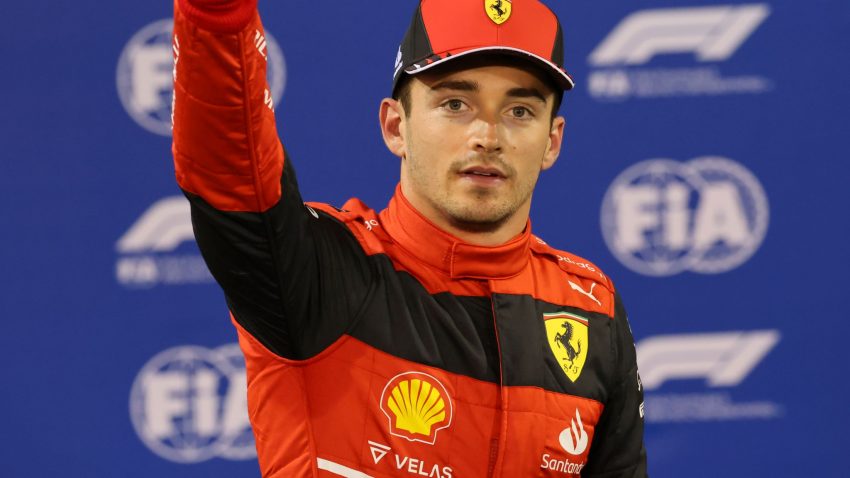 Charles Leclerc has revealed further specifics concerning his race with Max Verstappen in Bahrain, which he ultimately won.

During the Bahrain Grand Prix, Charles Leclerc stated that he used the identical technique on Max Verstappen three times to keep the race lead.

When Red Bull took Ferrari off guard by closing in during the first pit-stop phase, Leclerc and Verstappen found themselves in an intense battle halfway through the race.

Verstappen was nearly four seconds behind Leclerc when he pitted one lap ahead of him for new Medium tyres, but they were side-by-side two laps later.

Over the course of the next three laps, the two drivers swapped positions six times, with Max taking the lead three times and Leclerc wrestling it back on several times.

However, Leclerc told members of the press that he was braking late to enable Verstappen to move ahead of him each time, in order to make sure that he would have DRS up the hill, towards Turn 4, allowing him to recover the lead instantaneously.

Leclerc: It worked three times in a row!

“I was constantly behind him for [just] one corner and overtook him back into Turn 4,” Leclerc said as he reflected on the battle.

“I would always try to brake very early into Turn 1 to get the DRS for Turn 4, and it worked out, three times in a row, so then I could keep my lead!

“I was struggling quite a lot with my energy and how to manage that, too, but then, after the third lap, I think I was in a better window with it and could push again and manage the race.”