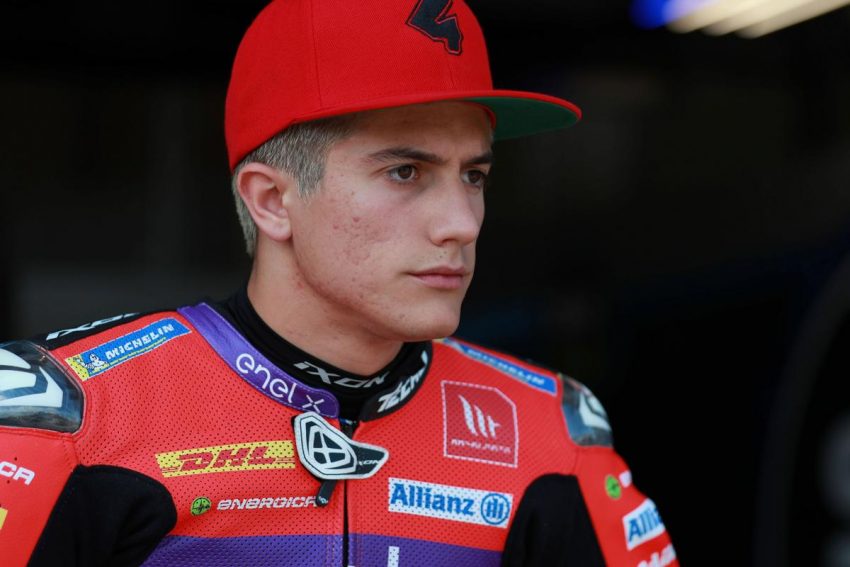 Hector Garzo returns to Tech3 and MotoE for the 2022 season after two years in Moto2 with Pons.

Hector Garzo will return to MotoE and Tech3 in 2022 after spending the previous two seasons racing for Pons in Moto2.

Garzo was chosen to represent Tech3 in the inaugural 2019 season of the electric bike class, with Kenny Foray, after some stand-in Moto2 races in 2017 and 2018.

Garzo impressed with three podiums in six races and a fourth-place finish overall, earning him a Moto2 ride with the Pons Flexbox HP40 team in 2020 and 2021.

Garzo finished 16th overall in his debut season, with a podium and two fastest laps, but he couldn’t get much higher than eighth in 2021, when he failed to finish more than half of the races, leaving the Spaniard in 23rd place overall.

Garzo was left without a ride as Pons chose Aron Canet and Jorge Navarro for 2022, and the 23-year-old will now rejoin the Tech3 ‘family.’

“I’m feeling very excited for next year because I am back with the Tech3 family which is the most important thing for me. I have already done a season in MotoE, the first year that the championship was built.

Tech3 boss Herve Poncharal added: “I am very happy to announce that Hector Garzo will be back with Tech3 E-Racing in 2022. We had a great 2019 season together and I am very excited to see him back in the FIM Enel MotoE World Cup. I am confident that we will be competitive, and I dare to dream that we will have the possibility to fight for the title.”

“During the last two seasons, Hector showed great speed and potential in the Moto2 World Championship. He made a lot of progress and raised his game. Having a young rider of such a high-level joining the MotoE Championship proves that MotoE is becoming more and more competitive every year, and attracts talented and fast riders.”

This season, Tech3 will have two MotoE riders, Lukas Tulovic and Corentin Perolari.