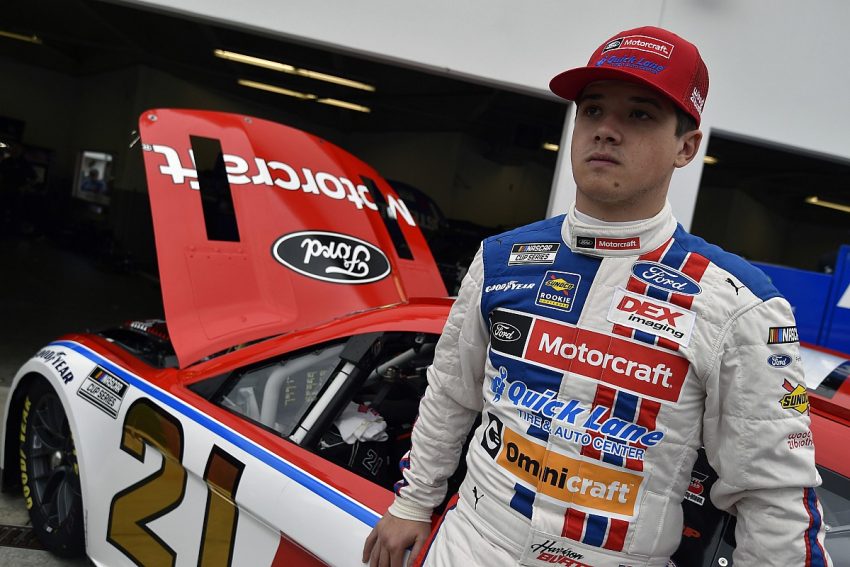 Several teams opted to stay in the garage for the last practise session for Sunday’s Daytona 500.

In the practise session, just 19 of the 40 drivers in the race turned laps at high speeds.

Team Penske and Stewart-Haas Racing, both of whom worked extensively in the draft, were among those who did go on track.

As a result, the drivers from Penske and Stewart-Haas teamed to set the top eight times.

With a lap of 188.355 miles per hour, Cup rookie Harrison Burton, who races for Penske-aligned Wood Brothers Racing, ranked first.

The crash that concluded Thursday night’s 2nd Duel qualifying race caused damage to Burton’s No. 21 Ford. However, the team repaired the car rather than switching to a backup car.

Jacques Villeneuve revealed during the Fox Sports broadcast that his No. 27 Team Hezeberg Ford had lost a valve and would need to be replaced.

On Sunday, the former Indianapolis 500 winner and Formula One world winner was due to start 40th, last.

Due to a little rain shower at the circuit, the session was postponed for a few minutes. The session was not extended by NASCAR after that. No big incidents occurred.