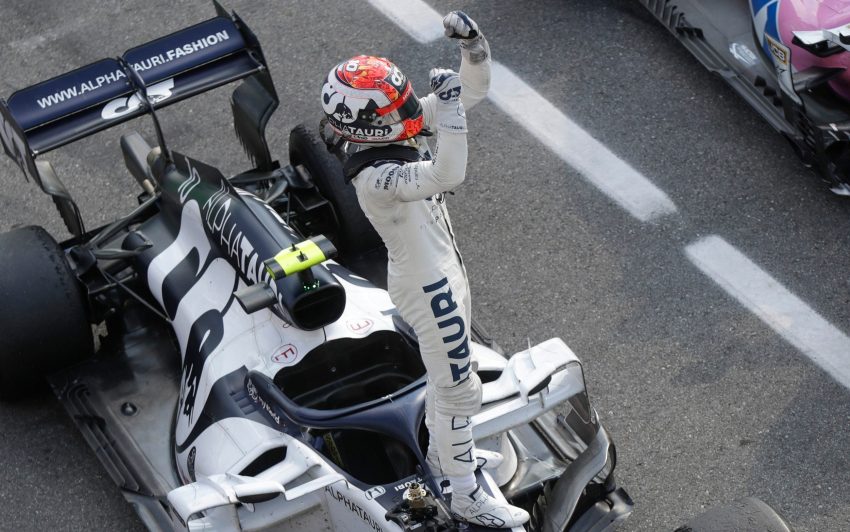 On the first day in Bahrain, Pierre Gasly set the fastest time in his AlphaTauri, clocking 1:33.902 on the Soft C5 compound tyre.

Despite having previously led the timing sheets on day one in Bahrain, Pierre Gasly believes his AlphaTauri car can still offer him more.

Gasly’s lap time of 1:33.902 on the Soft C5 compound tyre was the quickest in the Bahrain heat, and he also set one of the fastest high speeds on the circuit, being one of only two cars to exceed the 326 km/h barrier.

AlphaTauri has had a strong pre-season so far, despite a close call with the tyre barrier in Barcelona.

“It’s good to be finishing the day in P1,” said Gasly, reflecting on the first day of action.

“We’re always asked at tests how we’re doing, and I think we’ve got to focus mainly on ourselves and our performance, not at the timing screens as, at the moment, it doesn’t mean much until we get to qualifying next week.

“Of course, it’s always nice to be top of the rankings, but at the end of the day, I know we’ve got some stuff to work on, so we can get more out of the car.”

Tsunoda to drive for AlphaTauri on Friday

AlphaTauri’s performance hasn’t just been based on fast lap times; the team has also accumulated a large number of laps.

On day one in Bahrain, Gasly did 103 laps, more than Haas and McLaren put together.

“Overall, it’s been a good day,” he continued.

“There are lots of positives with this car but, as a racing driver, we always focus on the negatives, so we’ll be using the next two days of testing to really get to grips with this car and work to feel more comfortable in it.

“I’ll be working hard with the engineers tomorrow while Yuki [Tsunoda] takes over the driving of the car.

“There are new things to discover with this car every time you go out on track, so we have to make the most of every session and learn as much as we can before the first race here next week.”