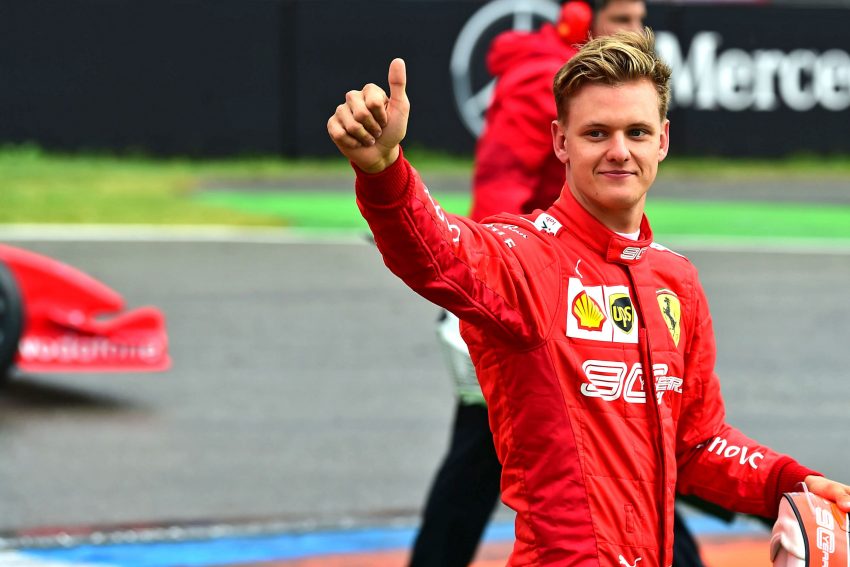 In 2022, Mick Schumacher will join Ferrari as a reserve driver, in addition to his full-time Haas driver slot. The German, on the other hand, isn’t very concerned about his future with the Scuderia.

After winning a reserve berth with Ferrari, Mick Schumacher says he isn’t thinking about his future with the team at the moment.

Should the Scuderia’s main line-up be required in 2022, the German will be available to fill in. While he is prepared for this possibility, Schumacher is concentrating on his Haas season rather than being distracted by the chance of one day becoming a full-time Ferrari driver.

“It would be nice to sit in a Ferrari one day, but my main focus is clearly on Haas,” Schumacher told Sky Sport Germany, as quoted by German media outlet RTL.

“Nevertheless, if they need support, of course I’m there.”

Schumacher believes that his Haas performance will determine his F1 career.

“My goal is to be as far ahead as possible with Haas,” he said.

“What happens in the future remains to be seen. Hopefully I can show myself well at Haas, then it will go in the right direction.”

Schumacher hopes Haas have a “head start” in 2022

With a slew of new technical restrictions set to be implemented in the sport for the 2022 season, Schumacher expects drivers will have to modify their driving styles to accommodate the new vehicles.

He is certain, though, that he has a good sense of what to expect.

“I know how the car has developed compared to last year,” Schumacher explained.

“So from my experience last year, I know how to approach corners to get through quickly. I can prepare myself mentally for that.

“The car will be stiffer, it will be more jerky for us drivers to drive. This will change the driving style a lot. You have to get used to that again.”

In addition, Schumacher believes that his Formula 2 experience will be beneficial: “In Formula 2, I had already switched from 13- to 18-inch tyres. I’m prepared.”

Haas decided not to develop their car for the 2021 campaign in order to focus on the next year. As a result, Schumacher is hoping for a competitive advantage for the squad.

“All the teams are set a bit to zero by the new rules,” he added.

“Hopefully we’ll have a bit of a head start because we started earlier with the changeover and preparation.”