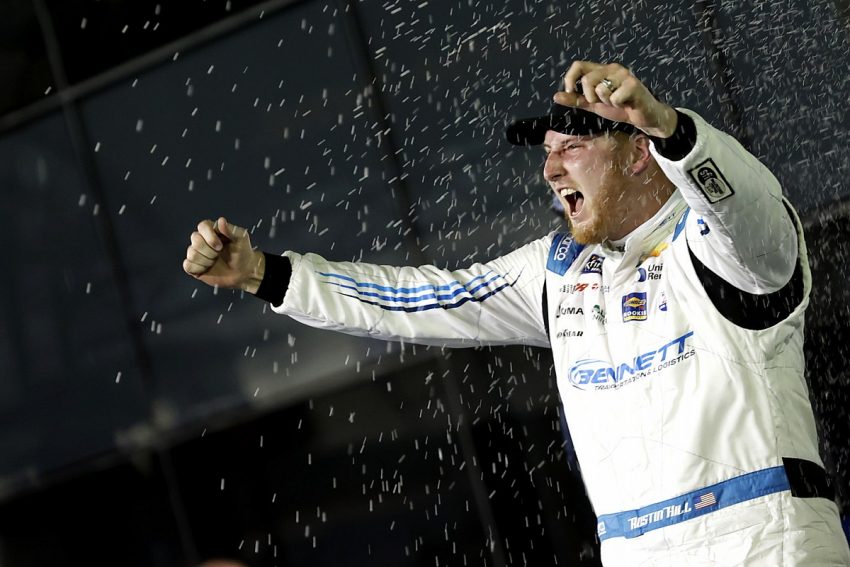 Austin Hill stated he’d been “worked hard for an opportunity like this since [he] was a young child” when Richard Childress Racing confirmed his transfer to the NASCAR Xfinity Series.

He’s already taking the best of the situation.

Hill took the lead from A.J. Allmendinger on the final lap before a multi-car incident on the backstretch brought out a red and stopped the race, earning Hill his first career Xfinity victory on his RCR debut.

Nonetheless, in the seconds that followed, the focus shifted away from Hill and toward one of the other drivers involved in the collision.

Jordan Anderson Racing driver Myatt Snider was driven against the backstretch wall before his car flew airborne and collided with the catch barrier.

Both ends of the car were wrecked in the collision. Snider was capable of climbing out and walk away after it finally stopped.

“We timed (the pass) perfectly. Obviously, that caution came out but we had a heck of a run, so who knows what would’ve happened there. I was able to drag back, (Herbst) gave me a heck of a push, we were able to get by (Allmendinger).”

“I think I probably would’ve wrecked us if I had done it,” Allmendinger said of trying to stop Hill’s run.

“I’ve got to be better sometimes at not being too far out there in the lead,” he continued. “I’ll just keep working on it. It’s disappointing.”

Daniel Hemric, the reigning series champion, dominated both stages and led a race-high 38 laps from pole. However, he was fined for speeding on pit road during a yellow stop at Lap 85 (his stay had already been prolonged due to nose repairs).

For the next restart at Lap 91, Hemric began in the middle of the pack. He was involved in a 10-car incident less than a lap later, which began with a spin off Turn 4 by C.J. McLaughlin.

Hemric carried on despite his car being further wrecked, but he ranked 28th place, four laps down.