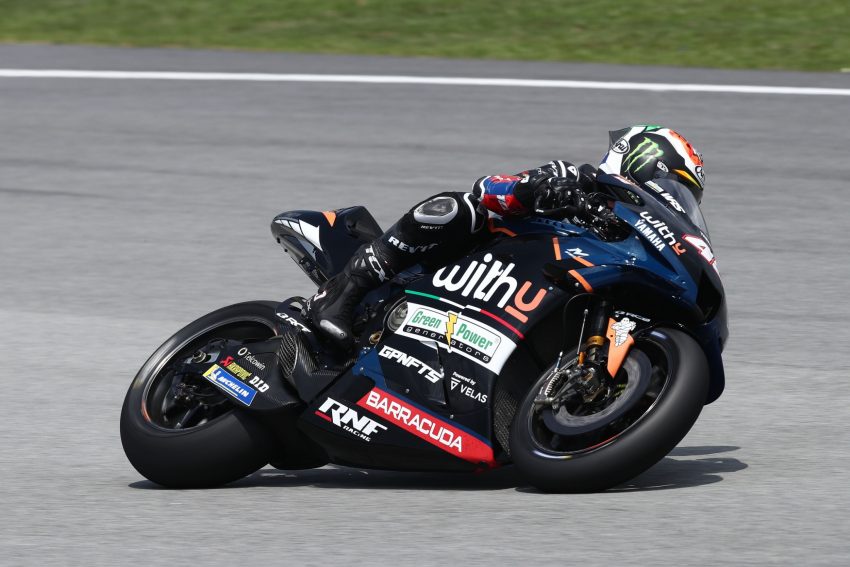 Darryn Binder, a MotoGP rookie, says the first few laps in the rain at Sepang left him ‘quite scared.’ He had never ridden anything bigger than a Moto3 in the rain before.

Darryn Binder’s attempt to improve his overall position on the second day of the Sepang MotoGP test was unsuccessful, as he finished 25th.

Binder improved his time by nearly a full second on the last day, although he was still half a second behind Franco Morbidelli in 24th place.

Binder was delighted with his ‘overall’ performance despite his position on the timing sheets, and the afternoon rain at Sepang afforded an opportunity for the 24 year-old to complete his maiden laps with the Michelin wets, something that had the RNF Yamaha rider ‘quite scared’ at first.

Speaking after day-two, Binder added: “Unfortunately, just after lunch it started to rain, but being a rookie that was great because it gave me a chance to go out on the wets for the first time ever on a big bike. That was very interesting.

“I was quite scared to go out but it was fun and I enjoyed it. In my eyes it’s been a very positive two days.

“We got faster and faster and that’s exactly what I wanted to do. I would have liked to be even faster, but anyway, you gotta walk before you run. I felt like these two days were very positive.”

Binder also got his first taste of riding with other riders, including teammate Andrea Dovizioso, during the two-day test, which he said as “very cool,” despite the turbulence being “insane” and making it very easy to make mistakes.

“Yesterday I got out once or twice and rode a little bit behind Dovi. I wasn’t super close but just in the distance,” said Binder “This morning I actually got behind a couple of guys and that was very interesting.

“When you want to do a fast lap it’s actually more difficult when you get behind someone because you know the slipstream is going to suck you in and you can make a mistake. When I wanted to go fast I was better off on my own. I mean even being passed.

“I got passed on the straight today and the turbulence from the bike when it gets in front of you is really insane.

“It’s definitely about getting used to things and learning things. I got to a point where I was doing okay lap times and if the guys weren’t on brand new tyres then I could ride amongst them. That was really cool. I enjoyed that.”