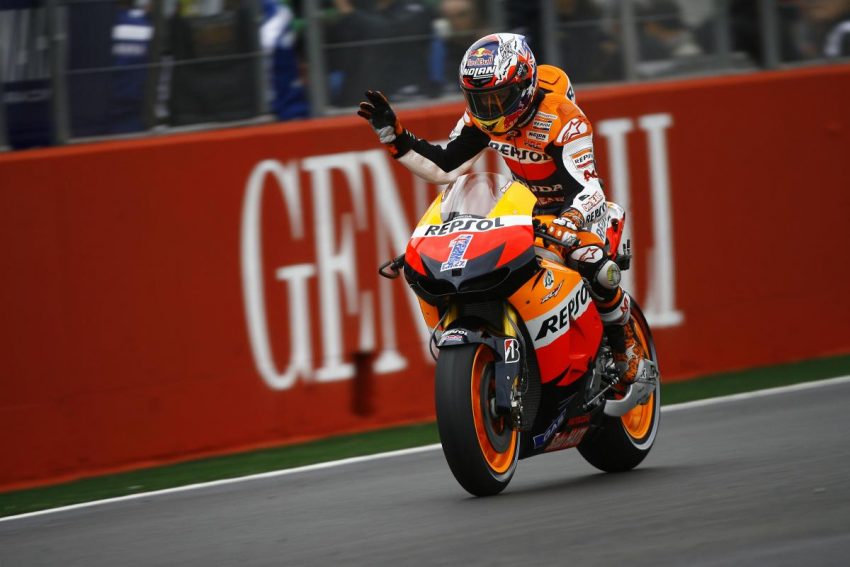 Casey Stoner misses being ‘set loose’ in MotoGP qualifying; ‘it was a lot of fun,’ he says.

After leaving from MotoGP, some riders miss the thrill of victory the most, but for Casey Stoner, the greatest fun and satisfaction came from being let loose for an all-out time attack in qualifying.

During his career, the quadruple MotoGP champion won 39 premier-class pole positions (from 117 races), including a near-perfect front-row sweep of the 18 rounds during his Repsol Honda title season in 2011.
Stoner missed the front row only once that year, at Estoril, where he qualified fourth (+0.060s behind teammate Dani Pedrosa).

On the track, the perfectionist revealed that he was constantly under pressure to ‘not mess up’ and let his team down in races, but that he was able to have far more fun in practice and qualifying.

“The only times I’d [miss being on track] is probably around qualifying,” said Stoner, who used the re-opening of Australia’s borders to visit the paddock for the last two rounds of this season.

“I quite honestly didn’t ever enjoy race day that much. Sometimes it was nice and easy and everything went well. But when you’re on the edge of these [MotoGP bikes], it’s so easy to make those mistakes.

“And unfortunately, it was just part of my personality that I didn’t want to make mistakes. It’s not that I just wanted to go out there and ride, comfortably and naturally, it was like, ‘I don’t want to mess up’.

“Because I’ve got a whole team of people that are expecting something out of me. I learned to deal with that better in my later years and didn’t have to worry about that as much. But I don’t really get the wish or want to race again.

“I did enjoy practice and qualifying. Certainly not testing! But Practice and Qualifying was always fun when everything would come together and you got to go as hard and as fast as you possibly could for a lap or two.

“When you got everything right, I got way more of a thrill out of that than I ever did winning a race.

“Because in the races, you never went as hard as you could, you always had to manage tyres, fuel… you’re always managing a situation, and you look like a fool if you try and go as hard as you can and crash.

“So there was always a an element of holding back [in races], whereas qualifying a lot of the time you got to let loose. And that was a lot of fun.”

The #27 spent some of his track time at Portimao and Valencia assisting his former squad, Ducati, which has yet to win a MotoGP race since Stoner in 2007.