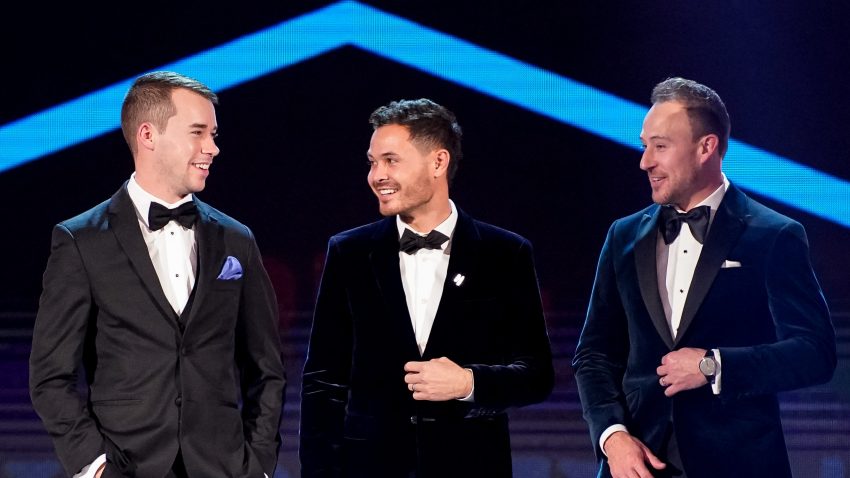 Larson set a new record by winning a total of ten races, including the Ally 400 at Nashville Superspeedway in June.

“It’s a cool moment and one that I’ll never forget,” Larson said after receiving the champions award. “It’s been really neat this week; fun and busy. It was great to get to spend this night with my team and to get to thank a lot of different people.”

Hemric held back tears as he expressed his gratitude to his wife Kenzie.

Ben Rhodes was the winner of the NASCAR Camping World Truck Series.

Chase Elliott has been crowned NASCAR’s most popular driver for the fourth year in a row.

“I’m super grateful to have a lot of great support all across the country,” Elliott said. “It’s been super humbling honestly. The fans have been a huge part in my career. I’m proud to have that support and I enjoy trying to make them proud in the process.”