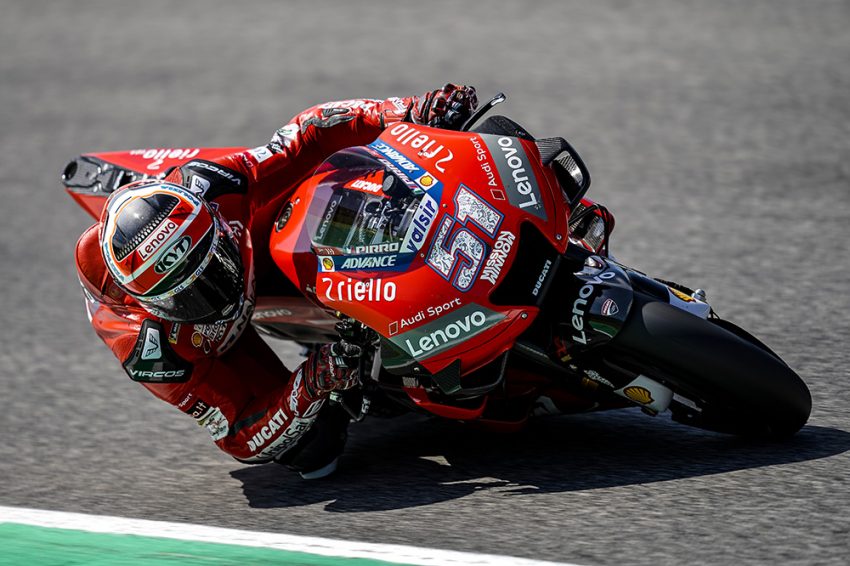 Andrea Dovizioso switched to the 2022 prototype during the Jerez MotoGP test after five races on Yamaha’s 2019 machine.

Andrea Dovizioso went forward to the 2022 prototype during testing in Jerez, just days after finishing the MotoGP season on the 2019-spec Petronas Yamaha.

Over the course of his five end-of-season performances, the Italian improved from 21st to 12th place, shaving half a second off his best lap time to finish 15th on the combined timesheets.

Dovizioso was 1.157s behind leader Francesco Bagnaia, who took over his factory Ducati seat this season, and 0.7s behind Yamaha’s recently crowned world champion Fabio Quartararo, who set the quickest time.

“On the braking is the biggest change,” Dovizioso said, comparing the 2019 and 2022 spec M1s. “You are able to brake harder because the front of the bike accepts more the energy and also the engine has some updates, so is pushing more.

“The DNA of the bike is very similar, you have to change a bit the electronics because the engine is a bit different, but overall you have to ride in a very similar way.”

After eight seasons on the more aggressive Ducati, the former triple title runner-up said that he’s still resetting his riding style to suit the Yamaha, and the modifications required are far from ‘instinctive’ at the moment.

“Fabio has been always fast, so that is the reference,” said Dovizioso, who will remain with the vastly experienced Ramon Forcada as crew chief at the new RNF Yamaha team next season.

“I think Fabio has a special feeling with this bike, he is able to ride in a really good way. But still I’m in a situation where I can be quite fast, also because I did my best lap time with the medium rear, so it’s not too bad. But it’s not instinctive.

“I have to study and watch the data a lot and sometimes have to stop, check again, and think again about what I have to do in a different way. Because it’s so different. You can’t imagine how tough it is to ride a bike in a completely different way than your normal approach. So it takes time.

“Unfortunately there was a lot of wind in these two days. So we were able to ride and test but you couldn’t do a precise comparison because when there is that kind of wind, it’s difficult.

“But overall I think that in the final afternoon we did a small step, from my riding style, and that is the point. I’m not in the first group, but in the afternoon my pace became okay.

“Let’s see in Malaysia. I’m really happy to start the season in Malaysia, as in the past.”

Next season, Dovizioso will ride the same factory spec as Quartararo and Franco Morbidelli, while rookie teammate Darryn Binder will race the 2021 model.

The official Sepang test will be held on February 5 and 6.