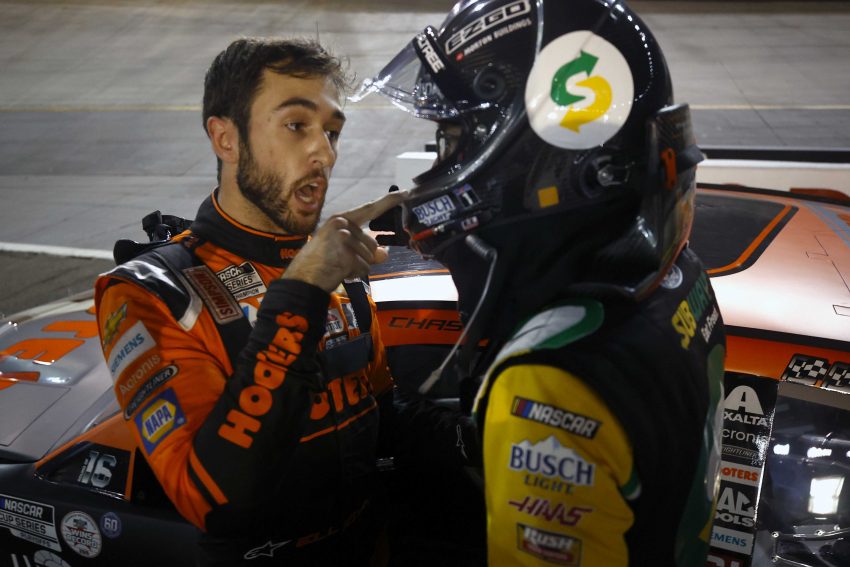 On Saturday night, Kyle Larson claimed the checkered flag at Bristol Motor Speedway, but the victory would not have been possible without Chase Elliott’s help. After that assist, Elliott and Kevin Harvick had a furious post-race conversation.

Elliott led for 175 laps before being passed by Harvick with 33 laps remaining. The heated racing between the two drivers resulted in Elliott’s flat tire and Harvick’s victory. You can see the move below:

Harvick’s passing of Elliott enraged Elliott. He went to the track after heading to pit row for a new tire and intentionally got out in front of Harvick in order to slow him down. With four laps to go, Larson passed Harvick and won his sixth race of the season. Following the race, Harvick and Elliott got into an argument.

After the two drove their automobiles to the garage, the furious argument continued. Before walking away, Harvick, who had clearly not calmed down, threatened Elliott that he was going to “run you the f— over.”

Elliott, 25, is 20 years younger than Harvick, who is 45 years old. He informed a reporter that he is sick of Harvick’s stunts, such as the one that resulted in Elliott’s flat tire. Elliott was accused of throwing a “temper tantrum” by Harvick. The crowd appeared to be on the side of the younger driver, but Harvick stated he didn’t mind.